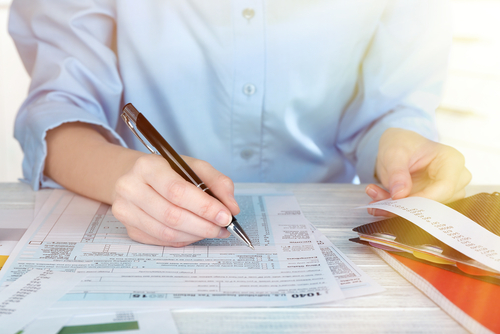 The Justice Department, as well as the Internal Revenue Service Criminal Investigation Division, vigorously enforce Title 26 U.S.C. §7206 (2), which is commonly known as the "Preparer" statute. This law makes it a felony that is punishable by imprisonment for up to 3 years, and a fine of not more than $100,000 for any person who willfully aids, assists, procures or advises the preparation or presentation of a false or fraudulent tax return.

Usually, violations of the preparer statute involve multiple tax years. It is common for a defendant to be charged with preparing false returns for several years. For example, a conviction of 5 counts of aiding the preparation of 5 years of false income tax returns can result in a maximum sentence of 15 years in prison.

The Justice Department's recent public announcement involved a well-respected CPA in Mississippi who was charged with defrauding the United States as well as six counts of aiding in the preparation of false tax returns for a client. It is likely that this case arose as a result of an audit in which the fraudulent income tax returns were discovered, and the taxpayer revealed that the false entries were at the suggestion of the CPA. When confronted with evidence to support the prosecution of a tax return professional, both the Justice Department and the IRS vigorously pursue such cases.

In the Mississippi case, the government chose to believe the CPA willfully prepared fraudulent returns. The belief that the CPA would have engaged in fraudulent return preparation was bolstered by the Government's investigation which revealed that the CPA’s personal income tax returns for 2012 through 2015 contained false deductions and unreported income.

It is very unusual for CPAs or other professional return preparers to file fraudulent personal income tax returns. There are other factors that can cause government investigators to believe the return preparer put false entries on the income tax returns. Government investigators understand that the client often blames the preparer to avoid criminal charges. Investigators may wrongly accept the taxpayer’s accusation against the CPA because of other factors including:

CPAs and other return preparers should carefully consider whether the representation is necessary for the event that an IRS criminal investigation of the CPA’s client is opened.

A defense attorney experienced in criminal tax investigations and prosecutions should be contacted whenever there is a possibility that government investigators may believe tax fraud is present. The appearance of a Special Agent from IRS Criminal Investigation is an indicator that a prosecution may be on the horizon. If you are facing such an investigation, you should immediately consult with our tax crimes attorneys to discuss all of your options under the law.

Call (407) 901-5852 today to schedule your free initial consultation with our dedicated legal advocates.