A Close Look at Wire Fraud and Tax Fraud 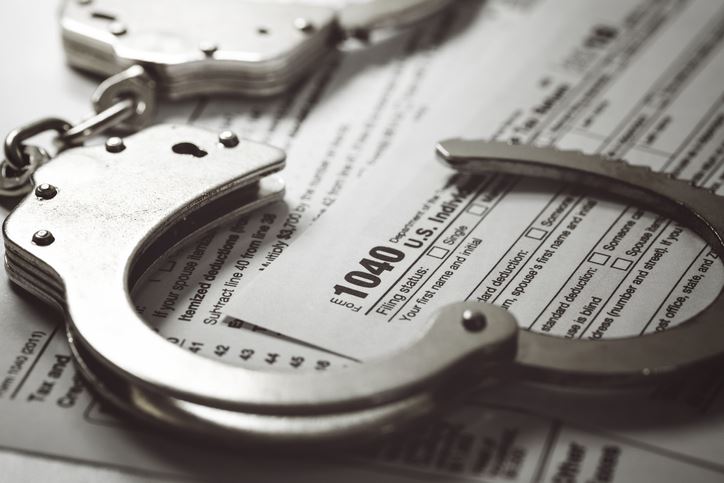 A Close Look at Wire Fraud and Tax Fraud

The Department of Justice Tax Division announced a joint IRS-FBI investigation resulting in a prosecution and 36-month sentence for wire fraud and tax fraud. The defendant, a California resident, was involved in a scheme to defraud, involving false letters of credit sent to banks to secure loans.

The wire fraud statute, 18 U.S.C. §1343, prohibits devising a scheme to defraud by means of false and fraudulent pretenses, representations, or promises. Any on who uses television, radio, internet, or any other form of interstate or foreign communication for the purpose of executing the scheme to defraud, can be accused of wire fraud. The maximum sentence provided for each instance of wire fraud is 20 years in prison. The government often charges several counts of wire fraud based upon multiple false communications in furtherance of the scheme.

In a federal investigation involving fraud, it is not unusual for the IRS and FBI to work together. The result will be an indictment that charges both wire fraud and income tax fraud. The tax crimes routinely charged include 26 U.S.C. §7201, commonly known as tax evasion. The prosecution usually charges 3 or more counts of tax evasion, each charge relating to a separate tax year. The crime of tax evasion is punishable by a maximum of 5 years in prison. The second tax crime normally charged is 26 U.S.C. §7206. This statute makes it a crime to willfully sign a U.S. income tax return that the defendant does not believe to be true and correct as to every material matter.

What Triggers an IRS Criminal Investigation?

Over the years, we have represented many people under investigation by the Internal Revenue Service. Many believe the IRS brings criminal tax cases only against those who are violating some other criminal law. This is incorrect.

IRS special agents are not limited to investigating tax crimes committed by individuals violating non-tax criminal laws. The IRS assigns a percentage of its criminal investigators to what is called “legal source" income tax investigations. These are investigations that involve individuals who have violated no criminal law except fraud on their tax returns. Common ways to commit tax evasion include claiming false deductions and/or underreporting income, interest, or dividends.

Are You Facing the Threat of an IRS Investigation? Seek Qualified Legal Representation Today.

If an IRS civil agent notices a questionable issue, they may look upon such conduct as indications of fraud. In those circumstances, or in any case where the IRS suspects fraud, it is imperative that an individual be represented by a criminal defense attorney experienced in defending criminal tax cases.

Any individual dealing with the IRS, whether a civil or criminal matter, has a right to be represented. Call (407) 901-5852 to request a free consultation with our firm today.