Partner Vincent A. Citro, Esq. sits down with the host of Behind the Law, Justin Clark. Vincent speaks about what it is like for him to represent his clients who are public figures versus those of his clients who are private citizens, the steps he takes before charges are filed for his clients, what it's like to defend federal and white-collar crimes in Florida and why it's important to hire an attorney with federal experience, and more. Please find the full interview below.

Greg Carter, the owner of Carter’s Ortega Pharmacy, has been found not guilty of all charges by a jury in a federal health care fraud court case in Jacksonville, Florida.

The health care fraud investigation commenced in 2015 when Mr. Carter proactively contacted law enforcement authorities to inform them of concerns he had regarding questionable practices that had recently been brought to his attention, which eventually led to Mr. Carter becoming a part of a criminal investigation despite him initiating the report to the authorities.

Congress has granted several regulatory entities the authority to file a sealed lawsuit and move the court, ex parte and in camera, to impose a receivership over a defendant's assets before the complaint can even be challenged. The purpose of this article is to discuss how to challenge a federal regulatory agency seeking a preliminary injunction, when appropriate, and factors to consider when determining whether to file a motion to dismiss a complaint.

A Florida attorney and nine other people were charged with a $1.4 billion scheme to bill insurers artificially high rates for drug tests by claiming the tests were run by rural hospitals in Florida, Georgia and Missouri, according to a federal indictment made public. Prosecutors say attorney Aaron Durall, medical billing company owner Jorge Perez, hospital management company owner Seth Guterman, lab owner Christian Fletcher and others worked together to find and take over ailing rural hospitals in 2015 and 2016.

Steve Sadow and Vince Citro, counsel for Christian Fletcher, released a statement Monday saying their client is innocent and "will mount an aggressive defense." "Christian and his business entities will continue to provide outstanding health care services to patients during the pendency of the case," they said. "Christian looks forward to clearing his name." 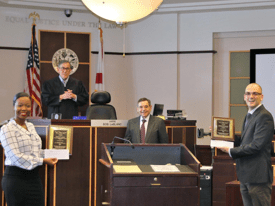 Published on 24-7PressRelease: Vincent A. Citro Admitted to American College of Trial Lawyers

Vincent A. Citro has become a Fellow of the American College of Trial Lawyers, one of the premier legal associations in North America. Founded in 1950, the College is composed of the best of the trial bar from the United States and Canada. Fellowship in the College is extended by invitation only and only after careful investigation.

Whether your practice involves representing clients predominantly in hearings, trial, or appeals, what lawyers do is as much an art as a science. The purpose of this article is to focus more on the science, specifically perfecting a particular issue on the record during hearings and trial to increase the likelihood of prevailing on appeal should the client be convicted.

Spotlight On the Law: For Those Who Did Not File Income Tax Returns

The deadline for filing income tax returns was April 15th. With a request for an extension of time plus payment of the taxes due, the return could be filed as late as October 15th. Those who failed to file the return or request an extension can face significant problems.

Spotlight On the Law: Not Filing Tax Returns Can Cost You Money and Your Freedom

Privacy laws impact everyone who utilizes a recording device in Florida whether they use a smartphone, computer or other electronic equipment capable of recording a conversation. With today’s smartphones, any conversation can be recorded with the touch of a button. 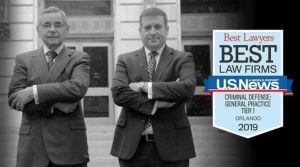 We are proud to announce that once again the Law Offices of Horwitz & Citro, P.A. has been named a Tier 1 firm in Orlando for Criminal Defense: General Practice by U.S. News-Best Lawyers® "Best Law Firms" in 2019. Our sincere congratulations to the dedicated support staff who help make this recognition possible. Now in it's ninth edition, "Best Law Firms" uses quantitative data and client surveys resulting in the most comprehensive guide to legal representation in the United States.
​​

Featured in Orlando Style: Mark Horwitz Spotlight on the Law

Our new name and logo reflect our growth and success as a firm. Our high standards for handling complex, white-collar defense cases remain the same. We utilize cutting-edge computer litigation support as well as a team of lawyers and paralegals to develop all legal and factual defenses.

Featured in Orlando Style: What Jurors Are Not Told

The Sixth amendment to the United States Constitution provides that in all criminal prosecutions the accused has the right to a trial by an impartial jury. The Founding Fathers recognized citizens must be protected from abusive prosecutions that are motivated by political considerations or based upon false or insufficient facts.

Featured in Orlando Style: What Is An Appeal?

Bill Cosby originally went to trial almost a year ago, however, he was not convicted. The trial ended in what is called a “hung jury”, which means that the jurors could not agree on a verdict. Some people asked why a second trial was allowed in light of the Double Jeopardy Clause of the United States Constitution. That clause provides that a person cannot be put on trial and punished for the same crime twice. Cosby was put on trial a second time after the first trial ended with a hung jury.

Published in Digital Journal: Vincent A. Citro Appointed to Florida's Judicial Nominating Commission for the Fifth District Court of Appeal

Attorney Vincent A. Citro was recently published in Federal Lawyer. The article discusses the importance of updated laws to protect confidentiality, especially in regards to electronically stored communications.

Published in Portfolio: Your Home Is Your Castle - Don't Let The IRS Take It

Attorney Mark L. Horwitz was recently published in Portfolio. The publication discusses how failure to file your tax return in a timely manner can result in significant civil & criminal penalties, and may also put your home at risk.

Featured in Orlando Style: The Importance of Jurors To The American Government

The Constitution of the United States guarantees the right to trial by jury. This right means that no citizen can be deprived of their liberty or property based upon the belief of a prosecutor or a judge alone. The right to trial by jury not only protects the accused but also makes each juror an integral part of the government. 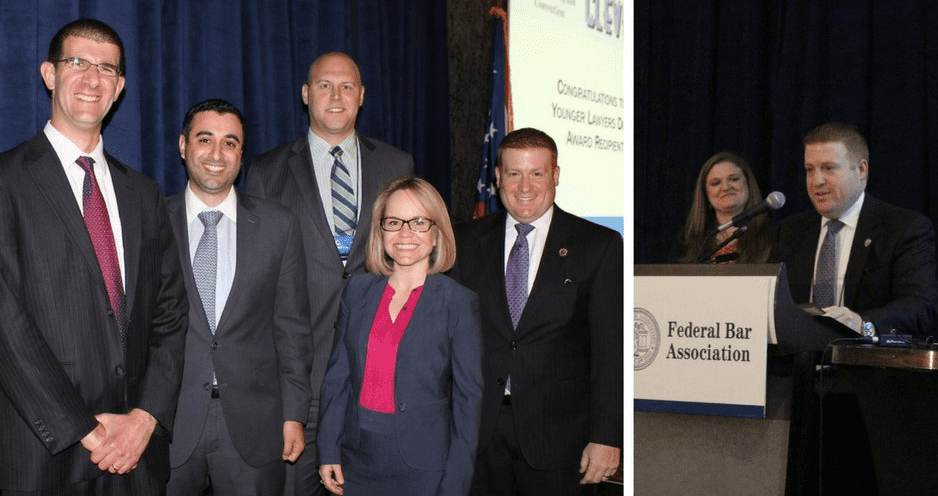 Earlier this year, our very own Vincent Citro received the prestigious Younger Federal Lawyer Award from the Federal Bar Association. This award recognizes Vince as an outstanding professional in his field of expertise on a national level. Vince, along with four others, wear this honor for 2016.

Fifty Years of Justice: The Middle District of Florida 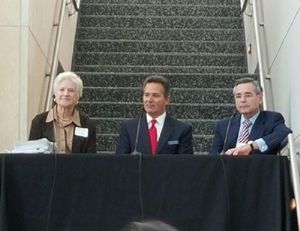 Those of you that attended experienced a rare opportunity to hear the original legal professionals reminisce about one of the most high-profile cases in our District. Attorney Horwitz is proud to serve alongside such pivotal and foremost members of the justice system.

For several weeks leading up to October 15, 2015 accountants were busy preparing tax returns for people who had not filed their 2014 tax returns. While U.S. tax returns are due by April 15th for the previous year, many people need additional time to prepare their returns. In order to get the additional time a request for extension and payment of anticipated tax must be sent to the IRS.

Featured in Orlando Style: Recording Conversations Can Be A Felony In Florida

Many people believe that they have the right to record their conversations when talking with someone in person or over the phone. In Florida, however, it can be a felony.