Citizens and residents of the United States are required to report offshore bank accounts if the total balance exceeds $10,000 at any time during the year. The law requires offshore account holders to file FinCEN Form 114 (formerly Form TD F 90-22), Report of Foreign Bank and Financial Accounts (FBAR). Failure to file the FinCEN Form 114 (we will also refer to this as an FBAR) is a felony punishable by up to 10 years in prison. In addition, the law provides for a civil penalty of the greater of $100,000 or 50 percent of the highest value of the account each year that the FBAR is not filed, if the failure to file was willful.

At the Law Offices of Horwitz & Citro, P.A., our federal criminal defense lawyers can help you comply with federal requirements or defend you when you need legal assistance due to an IRS audit or criminal investigation which may start from a civil audit. Call our firm today at (407) 901-5852.

The Foreign Account Tax Compliance Act (FATCA) also requires U.S. taxpayers to report foreign financial assets with an aggregate value exceeding $50,000 or more depending on residence and marital status. The yearly report is a Statement of Specified Foreign Financial Assets (Form 8938) that must be filed with the annual income tax return. This requirement took effect for most U.S. citizens and residents as of the filing of their 2011 income tax returns.

The government's efforts are designed to stop tax evasion by those who fail to report income from offshore accounts and certain other assets. If the government discovers offshore accounts with unreported income, the consequences can be severe. A person who willfully does not disclose income earned outside the United States faces criminal charges of tax evasion in addition to failure to file the FBAR if the account or accounts exceed $10,000.

Government efforts to force foreign banks to give up information have increased significantly in the last few years. New treaties have been signed with countries previously known for bank secrecy with even more treaties are forthcoming. Additionally, the Department of Justice has issued John Doe Summonses and has sought to enforce the summonses in U.S. District Courts. John Doe Summonses requires the foreign bank to identify accounts owned by U.S. citizens and residents and then to turn over the bank records for those accounts. Many John Doe Summonses have been issued to banks, including Liechtensteinische Landesbank, Union Bank of Switzerland (UBS), Credit Suisse, HSBC and Bank Leumi le-Israel.

Efforts have been made to require disclosure from countries such as Switzerland, India, and Liechtenstein, and more recently, Israel and France. U.S. taxpayers with offshore accounts are at increasing risk of detection, audit, IRS criminal investigation and prosecution.

The government's efforts to penetrate bank secrecy include not only the issuance of John Doe Summonses to foreign banks that have locations in the United States or correspondent relationships with banks in the United States but also entering into new treaties which require offshore banks to disclose U.S. citizens and residents. Through these treaties, the U.S. government pressures banks in foreign countries that are considered to be tax havens with strong bank secrecy laws. The Department of Justice and the IRS consider unreported offshore accounts as one of the “Dirty Dozen” tax fraud crimes.

Another tactic employed by the United States government is the Offshore Credit Card Program (OCCP), by which the United States is issuing John Doe Summonses to major credit card companies and credit card processors in an effort to force disclosure of credit cards that are processed for payment to foreign bank accounts. Credit card processors for Caribbean countries have been specifically targeted. All of these efforts are designed to identify those who are sheltering income and failing to pay tax on income in foreign bank accounts and assets.

Our criminal defense lawyers have successfully helped individuals who have been under IRS criminal investigation or charged with criminal tax violations. 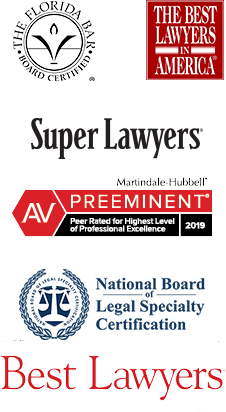